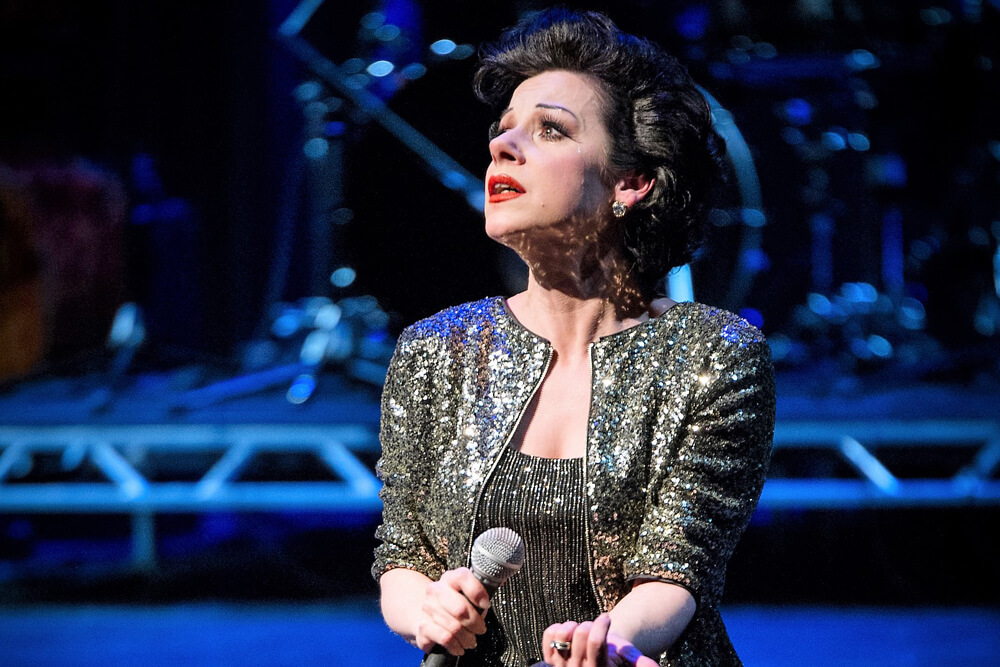 She’s got it all. If anyone was ever meant to reincarnate Judy in performance, it’s undeniably her.

Angela Ingersoll won acclaim for her stunning portrayal of Garland in the play End of the Rainbow. Live in concert, she shines as a force all her own. “The heiress apparent to the Garland legacy” (Splash Magazine) superbly captures Garland’s emotional and vocal power, and crafts passionate stories with a naturally winning humor.

Chicago Sun-Times exclaims, “Phenomenal. Judy Garland has been reborn.” Los Angeles Times declares, “The incandescent star power of the dynamic Ingersoll (is) a ringer for Garland in every respect.” With an exceptional six-piece band, Ingersoll soars on songs like “Over the Rainbow,” “Come Rain or Come, Shine,” and “The Man That Got Away.”