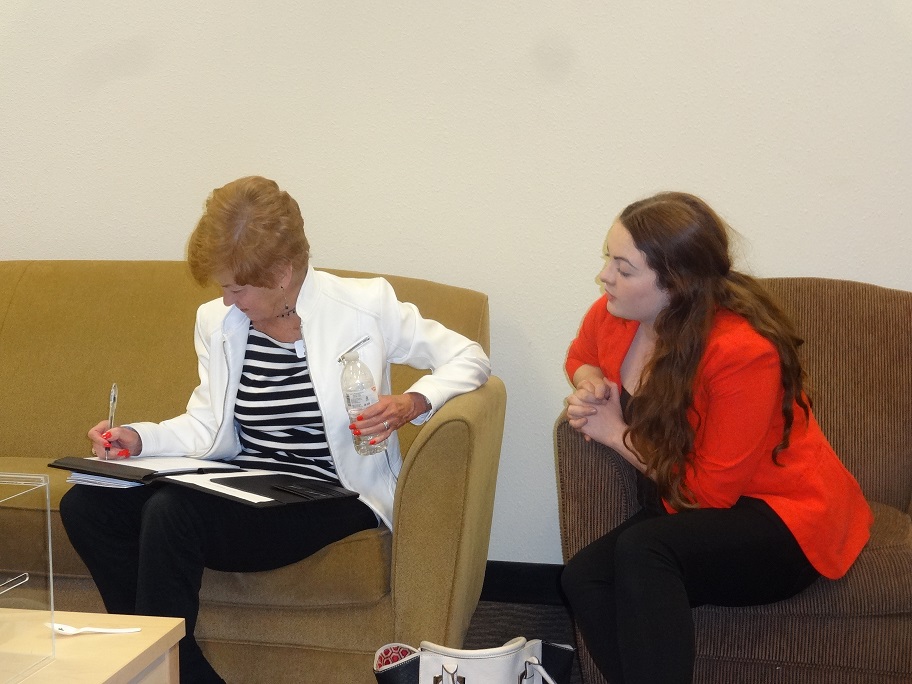 The “Red Head” interviewing Michaella the Your Irelanders manager .

Folsom Lake Community Concert Association had their last concert of 2015-16 on Sunday, May 22nd.  What a wonderful way to end the season. Eight extremely talented performers danced, sang, and played modern and traditional Irish music, along with little stories of back home.  All eight are Irish with two of them being born in the UK, and one now living in Washington DC.  The fiddle player and the accordion player are noted as being fastest on their respective instruments according to Guinness World Records.

The Harris Center was the last stop of a 100-city tour of the United States for The Young Irelanders. After a brief rest, they will tour in Ireland.  They told me that the program would be more traditional while performing back home.

In 2017, they will embark on their first trip to China, where they will be on stage with a full orchestra.  The music of these two countries could not be more different, but I am sure they will win them over with their warmth and charm.

We all wish them luck and thank them for giving us a wonderful taste of Ireland.