Melinda Doolittle blows the roof off of Harris Center

Melinda Doolittle blows the roof off of Harris Center

An American Idol in Folsom 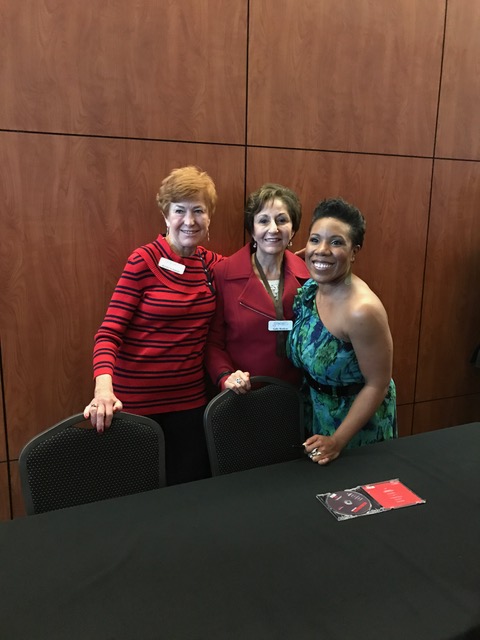 Melinda Doolittle proves that anything is possible if you want it bad enough and work hard for it.  The American dream came true for her, a young girl growing up in St. Louis who felt music in her soul and wanted to express it in song.

Unfortunately she happened to be tone deaf.  As a member of her church choir she was told to just lip-sync and not sing.  This did not diminish her desire to really perform, so in the seventh grade she entered a talent show.  Her determination and love for music coupled with prayer and practice paid off. She finally found the right notes, was on key, and never looked back.

Her experience on “American Idol”  ran the full emotional gamut, from wonderful to terrifying.  She wasn’t expecting the amount of feedback she received from the public but it was wonderful to be mentored by stars like Diana Ross and Tony Bennett.  These happenings shaped her life and prepared her for the next step in her career.

Melinda became a back up singer for many artists, but her favorite to work with was a gospel singer named Ce Ce Winans.  She also admitted that the artist who inspired her the most to want to sing was Gladys Knight.

During the George W. Bush administration, she was invited to lunch at the White House which she attended with her mother.  She told me this was one of the most memorable experiences in her life, as President Bush was one of the kindest and funniest people she ever met.  To this day, whenever their paths cross, he always asks how she is and how her mother is doing.

At the January 22nd Sunday afternoon concert at the Harris Center, Melinda gave a performance that can only be described as electrifying.  Her beautiful, strong voice brought a ray of sunshine to us all on a cold, damp rainy day.  She is the living proof that dreams can come true.