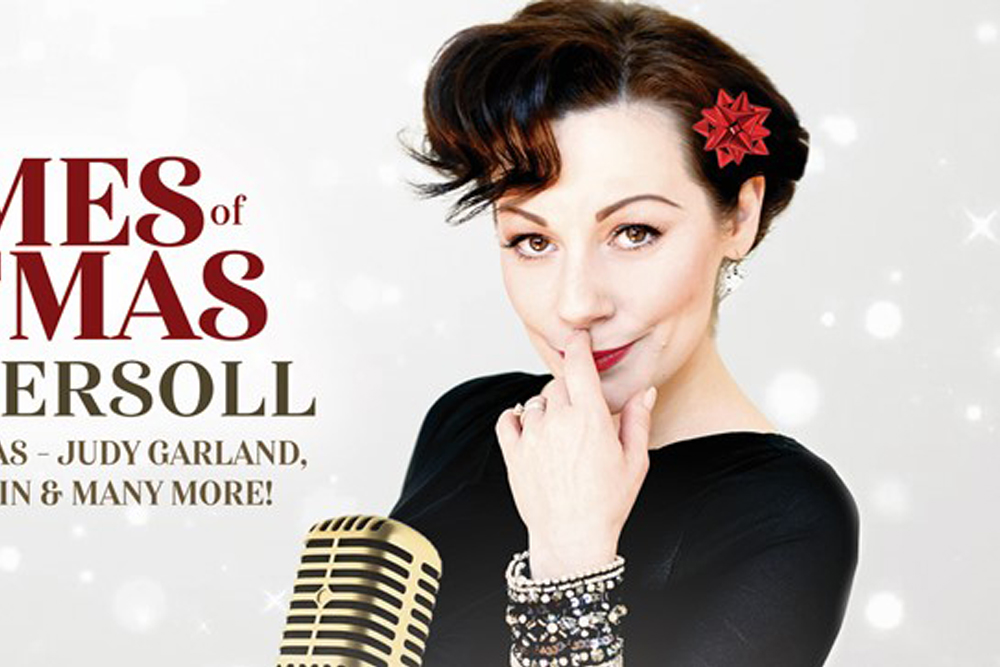 If You Are Interested in a Season Subscription to All 4 Upcoming FCA Shows Please Contact Jessica Bowman: https://folsomconcertassociation.org/contact/

Emmy nominee Angela Ingersoll captures the voices of a dozen divas in a yuletide spectacular.

“The actress with the astonishing voice” (Chicago Sun-Times) delivers a haunting Judy Garland, a proper Julie Andrews, a rockin’ Janis Joplin, and plenty of surprises! Ingersoll won acclaim starring as Judy Garland in End of the Rainbow (Chicago’s Jeff Award, LA Times Woman of the Year in Theatre) and Get Happy on PBS (Emmy Award nomination). Featuring a fantastic band, festive favorites include “Have Yourself a Merry Little Christmas,” “Santa Baby,” and “Rockin’ Around the Christmas Tree.”