The New Chordettes
Bringing Back the Memories… 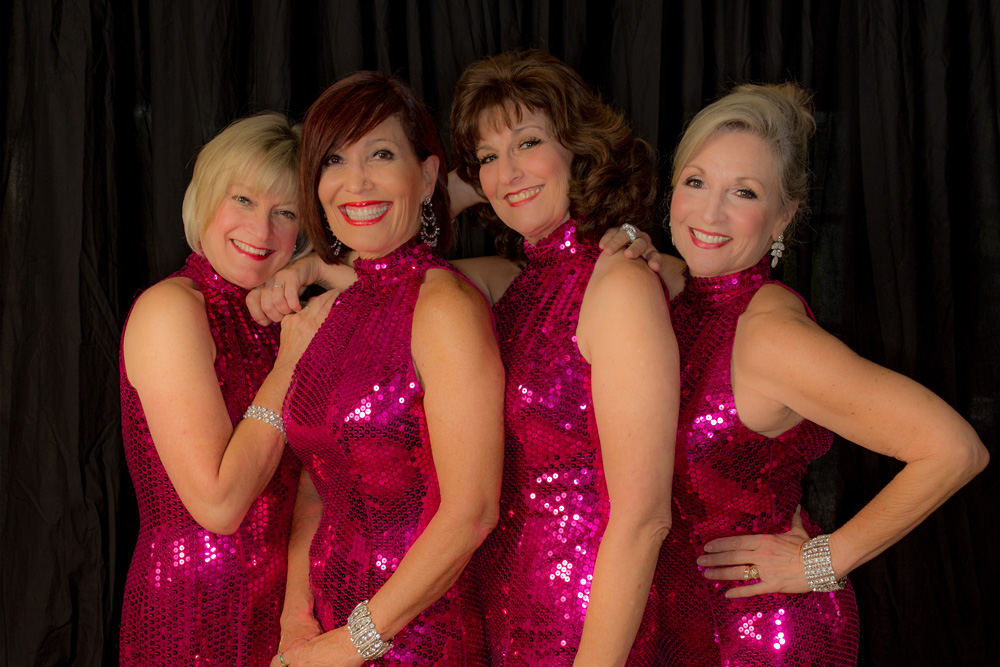 The New Chordettes: Bringing Back the Memories…

Mr. Sandman, Lollipop, Never On A Sunday, Eddie My Love…all songs made famous by The New Chordettes. In 1946, The New Chordettes premiered on The Arthur Godfrey Show, and their lush vocal sound brought them a string of hits turning them into a singing sensation! Forty years later, Judy Duncan and her husband Bob decided to bring back those musical memories and reorganized the group into the current New Chordettes.

Each concert is full of hit songs reminiscent of a bygone era. Roars of laughter are heard as the girls sing to unsuspecting but delighted men in the crowd. They sit on laps, rub bald heads and leave many surprised audience members red-faced but with a beaming smile.

Whether it’s fox trotting at an elegant black-tie event, or bopping at a 50’s sock hop, audiences all around the world are clapping, laughing, dancing and singing along with…