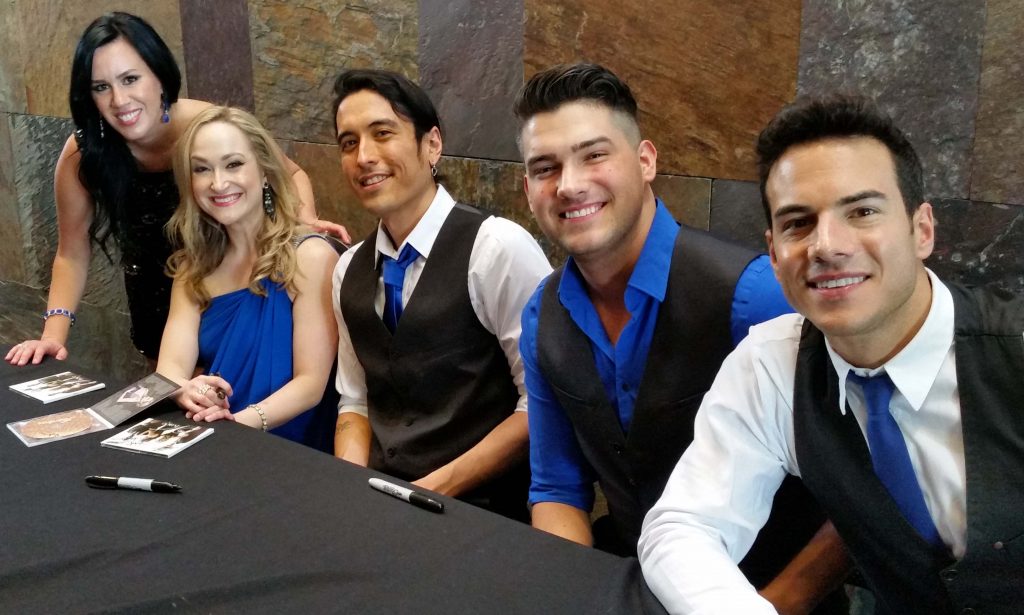 VIVACE is a musical term meaning vivid, lively, and full of vivaciousness; which perfectly describes the concert they gave on Sunday April 3rd.  The group consists of a Canadian based quartet that has been performing together for approximately 4 years. Two of them met on My Space, and the rest of the group was put together by a management company.  The results are pure magic.  They tour around the United States and give about 40 concerts annually.  The show we were privileged to see and hear was a combination of classical, pop and some original pieces composed by members of the group.  All the selections were familiar pieces that had the audience smiling from start to finish.

What a wonderful afternoon it was at the Harris Center and I am sure we all wish the group success in the future.